e-instruments on a cultural-historical mission in Cremona

The northern Italian city of Cremona is the cradle of violin making. The Cremonese masters Amati, Stradivari, and Guarneri del Gesú defined the quality of stringed instruments there centuries ago and they are still considered the holy grail of violin sound today.

Our story begins back in 2016 when the renowned Museo del Violino in Cremona inquired about the possibility of preserving the unique sounds of certain string instruments in the digital domain. The idea was not only to achieve the meticulous digital conservation of the unparalleled instrument sounds for future generations, but also to provide an opportunity to transfer the historical Cremonese string instruments into a modern framework for modern musicians.

Planning the project was intense, to say the least. It included not only the careful compilation of the musicians and the evaluation of the best equipment but also extensive on-site measurements. During this process, all possible disturbing noises were determined and the far-reaching measures to remove them were discussed with the museum management, the mayor and finally even with the police. As a consequence, it is not only the concert hall that is shut down during the recording period, but even the surrounding streets are closed off and all traffic diverted. In a press conference at the start of the recordings, the population was made aware of the project and asked to avoid any noise during the recording period in the surrounding area. Even the people of Cremona were asked for active support during a press conference, meaning to avoid any noise in the surrounding area of the museum. 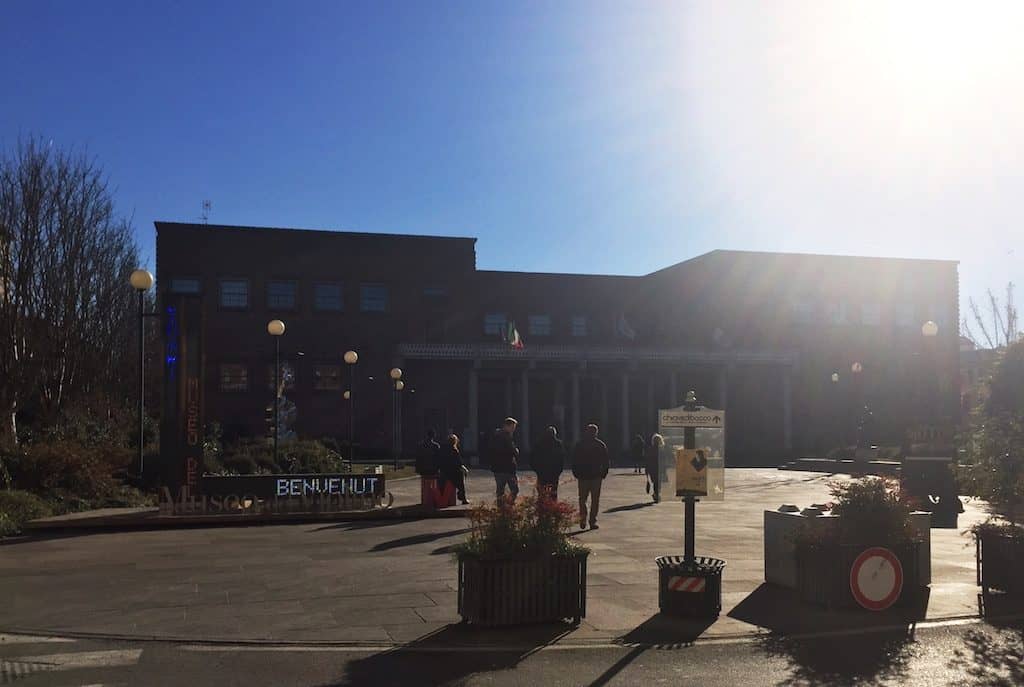 More than just a recording

The cultural-historical dimension of this mission offers a multifaceted insight into the magic of the noble string instruments as well as into e-instruments’ meticulous recording procedures. During the recording period, hundreds of thousands of samples will be played by the four chosen musicians, eight hours per day, six days per week. They will have to play countless scales, phrases, and arpeggios using all of the playing variations their instruments offer – including different bow techniques, finger styles, and multiple expression levels. Three sound engineers are supervising and controlling each and every note that is played.
The selection features the following instruments by Amati, Guarneri del Gesù and Stradivari:

To capture even the last sound details 32 highly-sensitive microphones were expertly placed around the musician and in the concert hall. The microphone setup is highly powerful: barking dogs, high heels on cobblestones or glasses falling to the ground in cafes in the neighbourhood are detected and lead to the repetition of the respective recording. 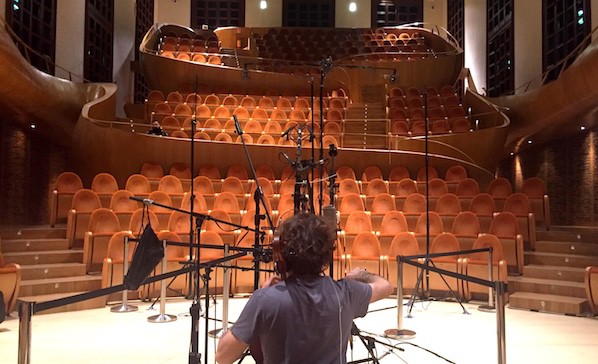 Since stories, images and emotions develop almost by themselves and illustrate the handling of sound over a period of more than 400 years – from Cremona’s locally influenced historical craftsmanship to the modern computer-based music production worldwide, an article in the New York Times triggered worldwide interest to the project. Numerous world-renowned media produce reports, podcasts, and news, including the BBC, CBS and CNN.

We will keep you informed about the progress of the project.