“I didn’t think there was anything else out there that would sound as good, so I never even considered them”

“It is excellent. I like it responds when you dig in. I think e-instruments has really got the details right; I don’t know if they did this on purpose but it sounds like they modelled maybe not the most perfect Rhodes”

A Rhodes piano devotee, Jonah Smith is an exceptionally talented musician and songwriter, quietly but distinctively making his mark on the American music business. He has honed a unique style over eight albums blending soul, jazz, country and rock, meaningful lyrics and a mesmerising singing voice to boot. And the thread winding through his career? His devotion to his beloved Fender Rhodes, carried to every gig for 20 years, and inspiration for some of his most stirring melodies. He talks to us about his career, his love of the Rhodes, and how Session Keys Electric S has so perfectly captured its sound.

Magically drawn to the Fender Rhodes

Smith’s love of the Rhodes piano goes right back to his school days: “I was magically drawn to the Rhodes immediately. Right from hearing early records by the Doors, and Riders on the Storm, then hanging out in the band room in my high school where they had a suitcase Rhodes and they’d let me play it. It was just magical.”
It was several years later that Smith finally got his hands on his own Fender Rhodes, during his college days in Burlington, Vermont, when he began expanding his musical horizons following his sheltered upbringing in Syracuse, New York.

His second year in college saw his fateful first purchase of a Fender Rhodes – bought for just $250 in a Penny Saver. “It was a Mark I, not in a great shape, but totally functional. It was good actually that it wasn’t in the best shape, because necessity being the mother of invention, I didn’t have that much money at all as a student, so when things broke I started figuring out how to fix them. I basically learned how to take that thing apart and put it back together.”

And thus began 20 years of dedicatedly dragging his Rhodes to every single gig he played. “I wasn’t the only guy in town to have a Rhodes, but I was the only kid that was moving one to every single gig. I only played the Rhodes, nothing else.”
More recently though he’s found flexibility in digital emulations of the instrument: “In the studio when I’m demo-ing stuff a lot, even though I have the Rhodes set up right next to my desk and can plug in and DI or can amp it up easily, I’ve been using VIs for the Rhodes on all my demos. When I record with the band I use a real Rhodes usually, but on a couple of instances on my last record, I ended up replacing the real Rhodes with the virtual Rhodes because it wasn’t quite getting the sound or cutting the way I wanted it to. I think we’ve come such a long way with digital emulations of actual instruments, especially the Fender Rhodes.”

A little bit messed up and unpredictable: the perfect emulation

Jonah Smith is particularly impressed by Session Keys Electric S: “I really like it. I like the interface and the DI sound is the closest approximation of what my Rhodes sounds like when I plug it in DI. It is excellent. I like it responds when you dig in. I think e-instruments has really got the details right; I don’t know if they did this on purpose but it sounds like they modelled maybe not the most perfect Rhodes – you can hear micro-harmonics here and there on certain notes. That’s the stuff that makes each Rhodes different and imperfect, and what gives the individual Rhodes their character. If you play a flawless instrument where every tone-bar and pick-up is aligned super-perfectly and balanced, it doesn’t have the right sound to me. I like them to be a little bit messed up and unpredictable, and I think they’ve really achieved that.”
“There are some cool features on it too; I really like the Pentamorph; it’s cool, it helps you get a unique, different sound and you can get to it quickly, and I like the different effects and tonality available. I really like the clean and dry sound. I also like the two sound sets – the Live and Studio – I prefer the Live a little bit more; it has a little bit of a tail on it.” 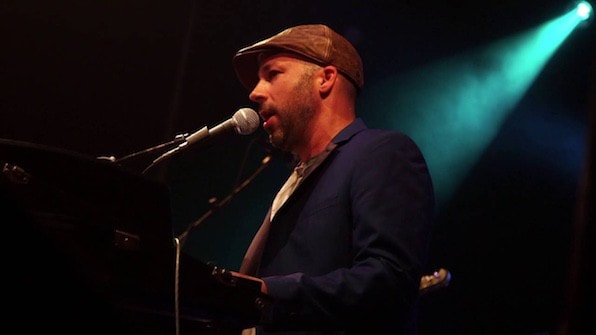 From first songs to cooler confidence

Jonah Smith is certainly a musician who does seem to be able to pull things out of the bag. He produced his first album, Industry Rule, in the astonishing space of a week. “Yeah… I got the basics done in a day actually! I only had enough money to do it in that time! I generally tend to make records kind of quick, but that one was super-fast because it was my first record and I was broke, basically, and I was doing it myself.”
As with most creative careers, Smith’s style has evolved over the following 15-year journey of eight albums. “My writing style hasn’t changed, but it’s definitely broadened. And my tastes have developed and changed too: when I was writing Industry Rule I was really listening to a lot more jazz harmonies and records with jazz influence – Groove Collective, Meshell Ndegeocello, Herbie Hancock and Steely Dan – at that point I thought writing a song with simple chords was boring, and I wasn’t listening to a ton of that music. I really only came to realise a few years after that how much more difficult it is to write something that means something to you and to other people that doesn’t sound like a cliché, using those same simple chords that everyone has been using for generations. And as I became more comfortable with the writing and wanting the writing to stand on its own, I started being more comfortable with writing in a simple way to let a melody and a lyric stick out.”

Yet whilst a lot has changed stylistically, there are some themes running throughout this career: “the constants are the Fender Rhodes, and my voice.”