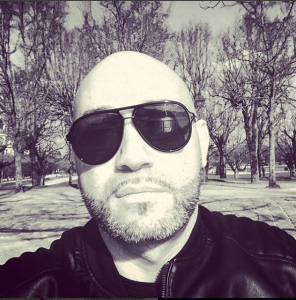 Gaël aka Bustafunk: Producer, engineer and label owner from Paris.

We invited French composer, producer, keyboardist, and technic aficionado Bustafunk to check out the Session Keys Upright. He was so impressed by the sounds that a few days later he sent us a demo song full of different Upright presets and simple Drums/Bass tracks from Ableton Live Operator.

Bustafunk used four different presets to get this track to life: Pure Upright for the melody, Heavy Piano for the distorted part, Harbour Candy delivered the scattered synth-like sound and the 4-10 Bit Piano + Slow Strings embodies the grainy lo-fi melody.

Since we were already talking, Gael answered a few questions about his background, education and his approach to using new gear such as Session Keys Upright.

Q: Gaël, what’s your musical story, where did it originally start and how did you become a professional producer?

A: I have been composing music since I was a teenager. During my studies, I graduated as a sound engineer to get a better sense of all the mixing and production techniques. It allowed me to master the entire process of the composition, from recording to mixing and mastering.
I created my own label to release my first EP under the name Bustafunk in the late 90s. The sound was very like House Music “french touch.” Later I went into making albums as a producer for other artists signed by record companies such as Universal, Warner, Sony etc … I really liked being in charge of the whole album project: composing, recording, and mixing.sing, recording, and mixing arrangement.

I have also developed and featured some artists on my own label. But since 2012 I have been focusing on music for advertising, television, movies or cartoons. I regularly compose albums for Universal Publishing Production Music, a music catalog for professional media use. 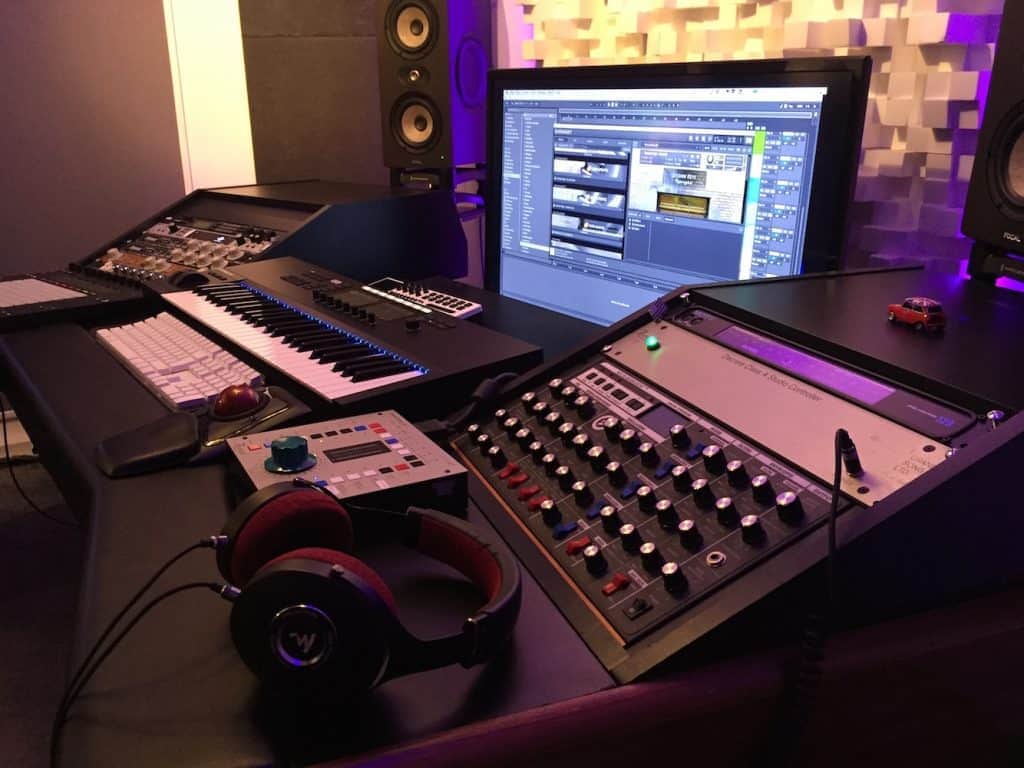 Q: You obviously seem to be very skilled in combining different and sometimes edgy stuff in the music you compose and you always add some extra spices …

A: Yes, I have always liked mixing different styles of music. I grew up with hip hop culture but I always had an eye on everything that was happening in electronic music. Nowadays it’s great because it became natural to mix different styles. There is great musical richness and what I like in the new generation of producers is that they have no limits, they are always following their inspiration. It’s very exciting!

Q: Which approach do you take when dealing with new devices or instruments, such as the Session Keys Upright library we sent you?

A: I know this is not the best method (laughs), but I have always enjoyed testing new equipment by simply playing around with it, trying intuitively before reading the manuals. For example, when I tested the Upright, I immediately started playing with it and ‘swoosh!’ it inspired me and presented many ideas on how to use it! It sounds so realistic, versatile and is overall such a gorgeous piano, that I immediately wanted to compose a track!

I think the strength of the Upright piano is that it’s not just another piano bank but it goes much further with very creative and surprising presets and possibilities!

Q: Since you were using many different styles in your demo song – what was first: the composition idea or the inspiration from the presets or sounds?

A: The piano first, the basic preset had already inspired me! It gave me the main theme, but it was by testing the other presets that I found the direction in which the track finally went. The « Heavy Piano» preset drove me crazy! It immediately made me want to go that “Future Bass” way. I think the strength of the Upright piano is that it’s not just another piano bank. It goes much further with very creative and surprising presets and possibilities!